People are frequently shocked to discover that anyone – even a twenty-year-old kid with only a high school education – can set themselves up in business as a “debt settlement” service. Now, in reality, not too many kids have done this. However, too many of those who have are equally unqualified and lack experience and credentials. 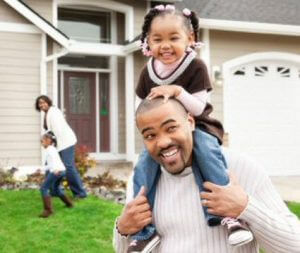 The point here is that the debt settlement industry is poorly regulated. Even today, the Better Business Bureau (BBB) receives hundreds of complaints from consumers over the “service” (or lack thereof) they received from so-called “debt settlement” firms. We won’t mention names here; suffice it to say you have probably heard of many of them in ads on radio and television. The situation became so bad that the BBB finally refused to accredit any business claiming to provide “debt settlement solutions.”

Recently, the BBB finally began granting accreditation to a small handful of debt settlement companies that were able to demonstrate honesty, integrity and adherence to a rigid code of ethics. These firms were required to undergo a very stringent process and meet standards higher than those expected of other types of businesses.

When our principal, Mr. Craig, sought BBB accreditation for Trident, he was required to submit to a full investigation by the Colorado State Attorney General and appear before both the A.G. and the BBB’s Standards and Grievances Committee.  The company website underwent a thorough review, and all fees, terms and disclosures were laid open. In addition, Mr. Craig was obliged to provide client references. Even after all of this, final approval was based on a vote of committee members. In this case the vote was unanimously in favor.

Trident’s accredited debt settlement solutions are guaranteed for those who qualify for our program. Your first step toward freedom from debt is a consultation. Call 303-872-8492 today for an appointment.

Don’t let your debt hold you back any longer. Get back on the path to financial well-being by contacting an experienced bankruptcy attorney today to discuss debt settlement and credit card debt negotiation. We typically help our clients settle their debts for $0.50 to $0.60 on the dollar, and truly want our clients to become debt free.
Don’t Take Our Word for It
Trident Debt Solutions, Inc. is a registered trade name of Stephen T. Craig, PC, a Colorado law firm.
Stephen T. Craig is a federally designated debt relief agent and bankruptcy attorney who helps people file for bankruptcy relief under the Bankruptcy Code. He also provides alternative to bankruptcy.
Copyright 2021 Trident Debt Solutions, Inc. | 395 Oneida St., Boulder, CO 80303 | 1444 Stuart St., Denver, CO 80204 | 303-872-8492